The development, called Eastern Wharf, was proposed in the early 2000s; since then, it has changed ownership at least five times, altered its name once, generated two separate master plans, and appeared before the Savannah City Council for approval 58 times.

The project — a mix of residences, retail and public spaces, parking structures and recreational infrastructure, finally coming into view just beyond the moss-draped historic city center — reflects the attention.

The first residential tower, a $125 million, five-story apartment building, surrounds a parking deck. A 2,000-foot riverfront promenade stretches past a two-acre public park and rows of townhouses. The developers, Mariner Group and Regent Partners, both based in Atlanta, have agreements to start an $88 million, 193-room Thompson Hotel in the fall, and plan a $30 million, 80,000-square-foot office building.

Eastern Wharf is the largest expansion of Savannah’s downtown in its 286-year history, and the first since the 1860s. Intensive public attention ensured that the project met the density, walkable scale and design ethic required by Savannah’s strict oversight.

“As a developer, it’s time-consuming and expensive,” said William W. Hubbard, president of the Savannah Area Chamber of Commerce. “As a developer, you want to move fast and save money.”

But Mr. Hubbard called Savannah “a European-style city” with Continental charm that requires preservation. “It takes a more rigorous process if the ultimate goal is to preserve our unique experience,” he said.

Savannah residents and leaders have worked a long time to achieve that goal. More than 70 years ago, preservationists began to rescue the city’s Federalist, Italianate, Georgian, Romanesque, Gothic and Greek Revival homes and buildings from neglect and urban flight. In 1966, the National Park Service designated roughly one square mile of the downtown as a National Historic Landmark District, preserving nearly 2,000 homes and buildings dating from the 18th and 19th centuries.

Savannah has nearly 147,000 residents, roughly 10,000 more than in 2010. According to city figures, a record number of projects are under construction to meet the city’s surging market demand.

On Savannah’s west side, upriver from Eastern Wharf, the Kessler Collection is opening Plant Riverside, a five-acre, $500 million mixed-use riverfront hotel and entertainment district constructed from the bones of a 107-year-old coal-fired power plant.

Nearby, the city is building the 55-acre Arena and Canal District, constructed on the site of a late-19th-century waterworks building that includes a $165 million, 10,000-seat arena, a 243-unit apartment building, retail spaces, walking and biking trails and a lake. Both projects generated vigorous civic conversations about their size, cost, design and relevance for downtown Savannah.

The city’s growth, increased traffic congestion and noise — along with changing uses of downtown buildings that do not fit Oglethorpe’s plan — prompted the National Park Service to downgrade the landmark district’s condition to “threatened” from “satisfactory” last year.

The decision prompted officials and residents to intensify their allegiance to the city’s character. Builders in Savannah’s historic districts are required to meet height, design, scale, parking, color and other standards to fit new development into the old architectural vernacular. Ample numbers of meetings with city and Chatham County planning staffs are required, as are multiple listening sessions with neighborhood associations.

The experience can be a test of endurance for developers. In 2018, after two years of public meetings, city oversight and a lawsuit filed by neighborhood critics that challenged the city’s review, the Foram Group gained permission to build the $40 million, 170,000-square-foot Starland Village project in a historic neighborhood favored by artists and students. The first new mixed-use development in that district, the project is set to start construction later this year. It encompasses 91 apartments, retail spaces, a parking deck and the renovation of an early-20th-century Methodist church and school building for restaurants and offices.

Though it is an assembly of modest structures, new and old, Starland Village was criticized by some residents as out of scale with the neighborhood. “We had a lot of meetings with residents,” said Travis Stringer, Foram’s chief executive. “At least 10 meetings in large and small groups to discuss changes in the design and reorient the mixes.”

Residents wanted the development to blend into the community. “They wanted to feel like the project was theirs,” Mr. Stringer said.

The public challenge to Starland Village, and to so many other proposed projects, is so rich that Savannah’s media covers real estate development as running news stories. “Savannah is one of the hot destinations, like Charleston, that is experiencing large investment in the city center,” said Jim Morekis, editor of Connect Savannah, a weekly newspaper.

“It can be a gauntlet,” said Karen Guinn, founder of Collective Marketing, a consulting firm that helps guide developers through the process. One of her projects is Eastern Wharf. “It’s also why we’re fortunate to have the city we have. We begrudge it on one hand and are grateful on the other.”

Savannah has its own way of doing business, and developers have to understand that, she said. “Money doesn’t talk here.”

Regent Partners and Mariner Group, the Eastern Wharf developers, understood the review challenges when they became interested in the partly developed 54-acre parcel in 2012. At the time, the low-lying ground, which once served as a maritime trade district, had already passed through four owners, and the proposal had received 23 approvals from City Council.

The land also had attracted more than $100 million in city commitments for infrastructure improvements, like roads, parking decks, the river walk and drainage for a mixed-use $600 million project called Savannah River Landing. Its developers, Ambling Land and Resort, abandoned the project during the last recession.

In 2015, Regent and Mariner gained the right from the receiver, a Canadian pension fund, to build its own mixed-use project. It proposed adjusting the Savannah River Landing master plan to incorporate more park space and a different mix of residential, office, retail and hotel spaces. Reid Freeman, president of Regent Partners, and A. Trent Germano, principal of the Mariner Group, said they met every two weeks for two years with city planning staff to work out the details.

The two also held frequent meetings with community groups to explain what they were doing. Residents liked what they heard.

“It’s a good development,” said David McDonald, president of the Downtown Neighborhood Association. “We encouraged them to have more green space and maintain the squares and integrity of the Oglethorpe plan.” 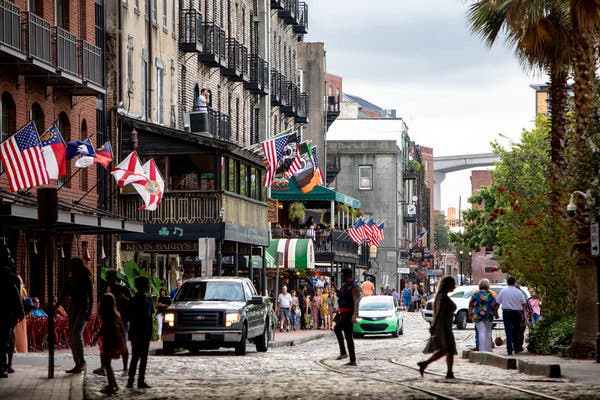 In September 2017, after the city approved the development plan, Regent and Mariner closed on the property, renamed it Eastern Wharf, and quickly sold 11 acres for $11 million to Patrick Malloy Communities, an Atlanta developer that is using the land to build 154 townhomes.

Construction on the residential tower, named Riverworks, started in 2018 and is expected to open next year. It includes 306 apartments and 30,000 square feet of retail space wrapped around a 1,100-space parking deck. The city paid $33 million for 700 of the spaces to alleviate Savannah’s downtown parking shortage.

When it is completed, Eastern Wharf will have 1,500 residential units, 400,000 square feet of office space and 450 hotel rooms.

“We took the long view with this project,” Mr. Freeman said. “We could hold true and be respectful of the historic district with the squares and linear parks and the green space. But we configured it for a modern development.” 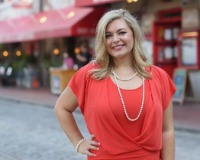 Buying your first home is an exciting yet terrifying experience! This quick guide will help you conquer the process like a pro so that you can sit back and relax in your new home sooner rather

Posted by Jenny Rutherford
May 6 2020
0 comments

A USDA Home Loan is a Great 100% Financing Option and is meant to help home-buyers with a modest income, purchase a home. With an Increase to Income Limits, it'll